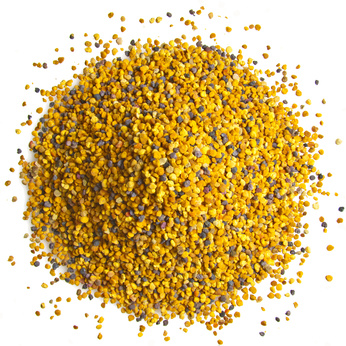 In the arena of Natural Foods and Supplements, Bee Pollen has been recognized as being a super, nutritive substance by all the trusted people in natural health who look towards Nature and the natural processes for healthy living. The recognition of Bee Pollen for its n utritional characteristics has been known for centuries, going way back in time.

Just what is it that makes this so?

Bees collect pollen from flowering plants. Pollen is the reproductive material of flowering plants. This reproductive material is the genetic code containing all the characteristics and nutritional energy of that particular plant. In the world of living things, the urge to reproduce is one of the strongest, most instinctive energies in Nature. Pollen is the result of that urge.

The bees collect the pollen from flowers worldwide. Thousands of flowers. Maybe more. In the mountains, in the valleys, yellow, blue, red, purple flowers. Each flowering species producing the genetic code of that plant. A handful of pollen may represent hundreds of different flowers. That is called biodiversity. To my knowledge, no substance on earth can deliver the biodiversity that Bee Pollen does. This is full spectrum nutrition from vegetable sources including, vitamins, minerals, trace minerals, proteins, enzymes, polyphenols and probably a whole slew of not yet recognized components. This is a complex material that only Nature can produce.

Without bees and other pollenators, many flowers would not be able to exist.

Flowering, pollen producing plants were a prerequisite and, a primary enabling factor, in the possibility for human existence. These plants became the fruits, nuts and vegetables that provided the nutrition necessary for the development of humans, as we know them today. And hundreds of other species of living things. This flowering in the evolutionary process would not have happened without the pollenators, with the primary pollinator being the honeybee, collecting and distributing the pollen to other flowers for reproductive purposes.

There was a time when there were no flowers. They did not exist. Neither did humans. 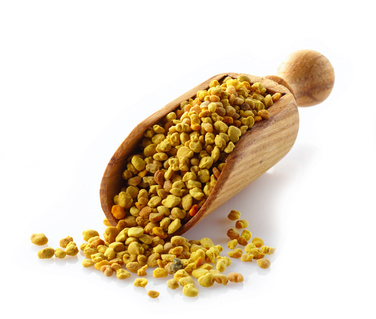 The bees are collecting the basic, primal energy (bee pollen) that we can use inside ourselves to provide a needed natural and biodiverse nutrition, from the vegetation of the world we live in, that is sometimes so lacking in our modern diets. Bee Pollen is the beginning of the food chain of nutrition, not only for humans but for most of the animals around us too.

The importance of what has just been stated above cannot be overstressed. Our dependence on the bees and the flowers is of the most utmost importance. The human race would be in big trouble without it. So would most living things.

Bee Pollen is a representation of that importance.

CC Pollen’s founder, Royden Brown, could see the positive attributes of Bee Pollen and became the person who brought it to the consciousness of the American public. He was the original pioneer of Bee Pollen. It fit in to his belief’s of giving Nature a chance to work for our benefit instead of interfering with processed, synthetic manmade packaged nutritionally empty products. Bee Pollen and other products of the beehive were the opposite of that.